Below is an excerpt from The Two-Minute Marriage Project, a book I wrote about staying in love over the long haul. It’s a topic I’ve thought a lot about in order to find the secret of a lasting, fulfilling marriage. Here’s what I found it comes down to, from social scientists, personal experience, and interviews with happily married couples: the little things. Over the next few weeks I’d like to include excerpts here on what I found. For today, a bit of background on love:

Right now in the United States there are 60 million married couples. We still love and believe in marriage. We love marriage so much that we fight over how to define it and exactly who can do it. But marriage today, by most accounts, is not thriving. Experts calculate that only about 40 to 50 percent of married couples stay together. People quit their marriages every day, and here’s the sad thing: The majority of people who quit simply fell out of love. As author Pamela Haag reports in the book Marriage Confidential, more than half the couples who divorce had a relationship that was “amiable but listless.” Basically, they just didn’t thrive. According to studies on couples who divorce, the vast majority of people who end their relationship report that they simply lost a sense of closeness and did not feel loved or appreciated (as reported in Gottman, 2000 The Timing of Divorce).

Even many couples who stay together aren’t fulfilled in their marriages. Of the couples who do stay married, according to a group of marriage researchers at the University of Denver, only half are actually happy. (Howard J. Markman, Scott M. Stanley, and Susan L. Blumberg, http://www.ext.colostate.edu/pubs/consumer/10238.html).

What is going on? Most people, at least in the western world, marry because they are in love. But that wasn’t always the case. For thousands of years, marriage wasn’t about love or personal satisfaction. Marriage historian Stephanie Coontz reports in her book Marriage, a History, that marrying for love didn’t come about until the late 18th century with the Enlightenment focus on individual rights. Before then, most marriages were arranged by outside influences who would be positively affected by the union. Something as important as marriage couldn’t be based on “something as unreasoning and transitory as love” (p. 5). Yet during the Enlightenment, a marriage revolution began to occur. We started seeing marriage as what it could be–a private relationship with the potential to provide great happiness for the couple, regardless of family wealth or political alliances (New York: Viking, 2005).

So we came along way as a society. We decided that it should be in our control as individuals to choose who we marry, and that we should do it primarily for our own happiness and not for the betterment of our relatives. We decided that marriage could be our greatest human relationship and the source of our deepest satisfaction in life. Yet, as Coontz reports, “the very features that promised to make marriage such a unique and treasured personal relationship opened the way for it to become an optional and fragile one.” (p. 5). Marriages are breaking apart because people are falling out of love. We aren’t staying in the same state we were in before, and that scares people. As George Bernard Shaw humorously pointed out, marriage brings together two people “under the influence of the most violent, most insane, most delusive, and most transient of passions. They are required to swear that they will remain in that excited, abnormal, and exhaus 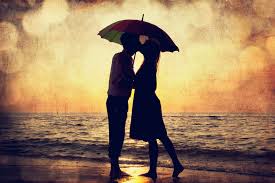 ting condition continuously until death do them part.” (Quoted in John Jacobs, All You Need Is Love and Other Lies About Marriage, New York: HarperCollins, 2004 p. 9).

We “fall” in love–suggesting something outside of our control. Our brain is malfunctioning, to a degree. Staying in love–now that’s something we have some control over. It isn’t easy. Over the years, as a culture, we have lost some of the glue that helped couples stick together. As John Jacobs, professor at NYU’s School of Medicine, has written, some of the martial glue that helped keep couples together from the past is now largely irrelevant. The glue of women’s financial dependency, the belief that happiness is rare or unnecessary, prevailing religious dogma, and legal constraints are all gone. The only glue holding couples together now “is the glue created by the two of you–the glue of mutual satisfaction, gratification, appreciation, and respect. The glue of mature love.” (All You Need Is Love and other lies about marriage.)

We simply cannot forget to show love and affection to our spouse every day. As Dr. Jacobs declares, one of the greatest threats to a marriage relationship is complacency.  “If you want your marriage to survive,” Jacobs writes, “you must actively cherish your spouse and protect your relationship” (Jacobs, 234). Staying in love isn’t as easy or effortless as falling in love. It takes time, attention, and deliberate effort. But if we do it right, our marriage relationship can provide the same tingles and excitement as it did when we first came together as partners, soul mates, and best friends. Indeed, if we do it right, and if we do it consistently, staying in love can be the happiest, most fulfilling part of our lives. The trick is to do that even while living in a chaotic modern world.